How To Hammock Camp As A Couple

If you love camping and share your life with a significant other, you have probably already romanticized the idea of hammock camping for two.

Imagine it – a cool, breezy evening cuddling with your other half as you look up at the starry night sky. Doesn’t that sound nice? Unfortunately, the reality of hammock camping for two might not be so dreamy.

Instead, you’re both likely to be sweaty and dirty. The hammock might not fit two comfortably. And you’ll no doubt be squished together and forced to butt heads.

But don’t give up hope yet! It’s still feasible to camp in a hammock with two people, just not quite how you imagined it.

In this post, we’ll go over how you can realistically go hammock camping for two. You’ll learn what your options are and find out the pros and cons before ending with a few FAQ’s.

How to hammock camp for two

How comfortable is it?

No matter which way you lay with your partner, if your hammock isn’t equipped to carry two people it’s most likely going to be a long, restless night.

Many past hammock campers with previous experience sleeping for two have noted that it’s not very comfortable for a number of reasons. Most often, it’s due to the hammock structure. Even with a double nest hammock aimed at accommodating two people, it’s not ideal for getting a full night’s sleep on a camping trip.

The main complaints by couples are either: 1) the movement from shifting in the night is disturbing for the other person or, 2) bodily temperature differences make it difficult to agree on having more or less layers in the hammock.

You should also consider weight, convenience of movement (such as getting up to use the restroom in the middle of the night), and not being comfortable snuggling up due to feeling sweaty/grimy after hiking.

For these reasons, one would say it’s not particularly comfortable to sleep together in the same hammock.

Double hammocks are great for temporarily lounging in the afternoon on a mild day, but not ideal when your body needs to recharge overnight after a long day of hiking or backpacking.

Instead, it’s better to use separate hammocks to ensure you get an adequate amount of sleep. Even if that means packing double and carrying extra weight – it’ll be worth it.

Those of you who are still eager to try it with two people should know that, unless you don’t move much while sleeping, even a double hammock won’t do the trick at providing a full night’s rest without waking up sore, achy, or tired.

What you could do is use separate hammocks, but set them up side by side using a spreader bar.

That way, you can have the freedom to stretch out in your own hammock without having to be too far away from one another on separate trees. (Read more about other ways to set up separate hammocks below).

Why does sharing a single hammock not work for couples?

If you choose to use one hammock as opposed to two, you might experience a few complications, namely: 1) hammock sag due to double the weight, and 2) regulating the temperature/insulation.

No matter how compatible you are with your partner, everyone has their own preferences when it comes to sleeping. Whether it’s having a large pillow or no pillow, a big quilt or light cover – it’s tricky to get it “just right” for both people.

That’s why sharing a single hammock as a couple isn’t the best way to experience hammock camping.

Rather than struggling through a restless night in a single hammock with two people, here’s what you can do to optimize your sleep while staying in close proximity to each other.

If you really want to cozy up to your sweetie but don’t want the sag from a traditional hammock, then you could always use a Tentsile hammock. The Tentsile hammock is a mix between both worlds – you get both the flatlay and security of a tent yet the suspension and freedom of a hammock.

It is made to accommodate multiple people, so whether you’re two or six laying in the hammock, you won’t have to worry about rolling inward toward the middle!

A Tentsile hammock is arguably the best option for the chronic snugglers and adventurous couples out there who aren’t willing to sleep apart. Even couples with two small children will be able to fit comfortably in a Tentsile (in the 3-person model).

As for the price, a Tentsile might set you back a bit at $179, but considering the quality and convenience of having one solution for two people, it’s not really a deal breaker.

If you’re okay with sleeping apart for a weekend hammock camping trip, then your next best option is to set up camp side by side on the same tree using a spreader bar to keep your hammocks mere inches apart.

You might still feel the hammock ricoshay when your partner shifts in their hammock next to you (as the spreader bar connects the two), but it won’t be enough to where it would stir you from your sleep completely (unlike sleeping together in a single hammock would).

Another possibility to successfully hammock camp for two is to stack yourselves vertically on the same tree one above the other, much like a bunk bed.

This is appropriately called hammock bunking or vertical hang, and is a great solution to hammock camp together without being too far apart. It also saves you from having to carry two rainflys, seeing as you’d both share the same one.

You’ll need to consider height when setting up your hammocks this way, as inevitably one person will have to climb into the higher bunk. That could mean safety is a risk here because if anything loosens or slips, both campers – whether on the top or bottom – are likely to get hurt.

If none of the above solutions work for you and you’re still willing to hammock camp together, you could try to use a large double hammock. But again, it’s not the best in terms of comfort or practicality.

If you do this, be sure to pack a spare single hammock just in case. That way, you won’t be stuck with just one bed for the entire trip should you try it out the first night and realize it’s not that comfortable after all.

Should You Opt for a Tent?

It’s hard to say which one is better – hammocks or tents – but many single campers love the ease and freedom a hammock provides over a tent. But that’s not the case for couples.

Many couples test out hammock camping and decide to switch back to tent camping for the sake of comfort, space, and familiarity. After all, tents are the “go-to” option for camping and there are some who find it challenging to get used to another way of camping.

Tents will ultimately provide more stability for couples. It’s not better per se, but because of the extra hurdles to overcome to make hammock camping for two work, tents are just perceived as the easier solution.

Unless you’re going to use spreader bars, are fine sleeping in separate hammocks, or invest in a two-sleeper Tentsile hammock, then you might be better off opting for a tent.

Pros and cons of hammock camping for two

Can one person use a double hammock?

You might be wondering if one person can use a double hammock and the short answer is – yes! Single hammocks are suitable for most people, but they are notably smaller to allow for easier, and lighter, packing.

How much weight can a two person hammock hold?

As per REI’s guidelines, single hammocks tend to have a width of 4-5 feet, whereas doubles are 5-6 feet. Singles can also carry up to 250-300 pounds depending on if the hammock is a particularly lightweight model.

If you want to have enough room to stretch out, are generally taller than other people, or want to use your hammock to store your extra gear, then you could definitely opt for a double hammock, which will have a carrying capacity between 400-500 pounds.

Double hammocks also tend to have a higher denier number, meaning the fabric will be heavier-duty to endure more rugged use and weight.

How do you sit and lay down in a double hammock?

Whether it’s a single or double hammock, you should always be careful to sit down in the hammock first, before hoisting your entire body weight into the hammock. Doing so ensures your weight is equally balanced and distributed in the center of the hammock.

Once you’ve sat down, gently swing your legs up into the hammock and lay down diagonally.

Laying down straight will make a deeper cocoon shape, whereas if you lay diagonally the hammock will flatten out a bit. This is the best way to lay down comfortably (and sleep) in a double hammock.

Can you cuddle in a hammock?

Cuddling is definitely a possibility in a hammock! As we mentioned above, sleeping overnight in the same hammock is not very feasible with two people. But cuddling or taking short naps are a different story.

Having one person lay on their back and the other person on their side is the easiest way to cuddle in a hammock.

When you want to go hammock camping as a couple, make sure to take the time to plan out how you both intend to sleep comfortably. There is no “one size fits all” solution to hammock camping for two and what works for others might not work for you.

That said, if you believe you can comfortably squeeze into a double hammock you should test it out. But beware you might wake up with a sore body after a restless night.

If you have doubts about hammock camping for two, your best option is to bring a spare hammock and use a spreader bar system with a side by side hang or invest in a 2-person Tentsile tree tent hammock.

Though it might not seem doable at first, if you do a bit of trial-and-error you’ll eventually figure out how to comfortably hammock camp with two people.

Best Hammock with a Bug and Mosquito Net

How To Find The Best Hammock Straps

How To Take Your Dog Hammock Camping

How To Hammock Camp in Hot Weather 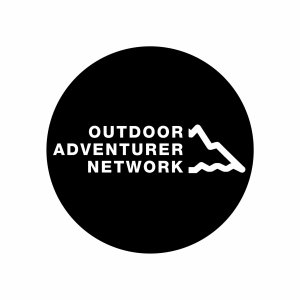 Our mission is to bring outdoor pursuits, adventure travel and action sports together, and provide access and insight into the cultures, experiences and equipment that surrounds them.

Essential Hammock Knots – Everything you need to know

Knots are an essential part of any outdoor adventure. They come in especially handy when you need to hang your hammock for camping or relaxing. But do you know how to tie the different knots? Hanging A Hammock – The Best Distance Between Trees

In this article, we will tell you how far apart the trees need to be, what you need to consider before picking the right trees, and what to look for in a tree.